Douglas Rushkoff has, since the early 1990s, been one of the most important writers about the internet, online business and the effect of society. His new book, Throwing Rocks at the Google Bus, looks at how the models that dominate modern business practice are ultimately destructive and need to change.

Douglas joined Donnacha DeLong on Skype from New York to talk about his books and how the world can become a better place. 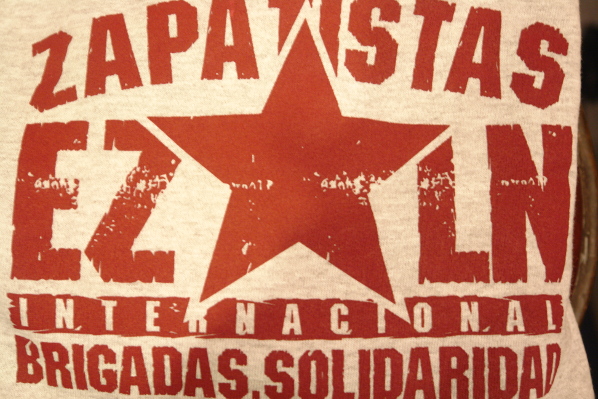 Donnacha talks to Lia from the Manchester Zapatista Collective about the Chiapas uprisings, the current situation on the ground and what activists can do to help.

For more information, check out: 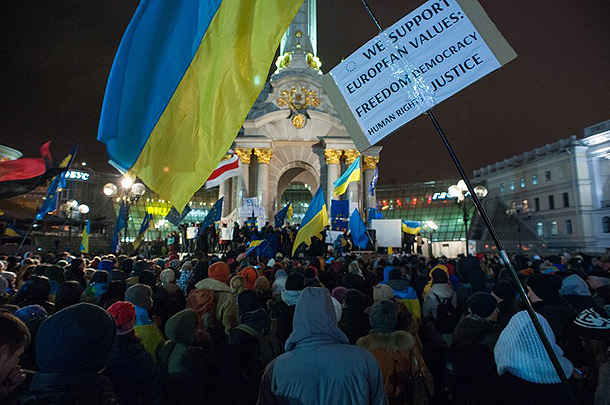 As the world focuses on Syria, conflict continues in Ukraine. Donnacha is joined by Yelena Kensborn, journalist and founder of Upstart Media.

Yelena talks about the impacts of the conflict on the population, where it came from and the difficulties journalists have trying to cover it.

Donnacha’s back with a music special. Dunstan Bruce, former member of Chumbwamba – who famously sang, “I get knocked down, but I get up again” – chats to Donnacha about his Kickstarter-funded film about Chumbawamba and his new band, Interrobang‽.

Show #115 – Barbado’ed – early slavery in America and the Caribbean 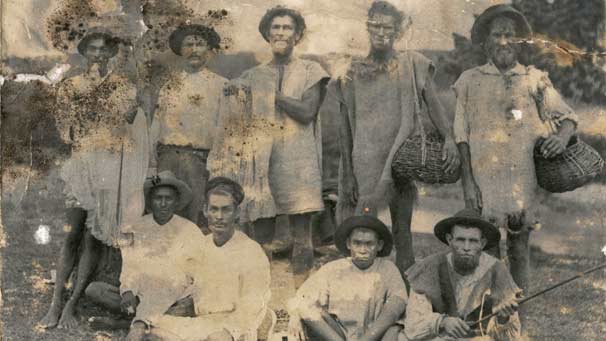 Slaves in the sugar fields of Barbados

From the end of the 16th Century until the late 17th, thousands of people from England, Ireland and Scotland – from criminals and street children, to people who fought against Cromwell’s army, we sent into slavery in American and the Caribbean. Many more were hoodwinked or kidnapped into “indentured servitude” that, for most, led to them being worked to death. When these European slaves joined with the new African slaves to rise up against the slave masters, the horrors of perpetual slavery and modern racism were born.

In this show, Donnacha talks to Don Jordan, one of the authors of White Cargo: The Forgotten History of Britain’s White Slaves in America, about the forgotten period of slavery.

And, if you liked the snippet of Damien Dempsey’s song at the end, here’s the full nearly 8 minutes of it:

Buy the book from Freedom Press

Donnacha DeLong recently gave two talks – one on Rudolf Rocker at the launch of Freedom’s new edition of Anarchism and Anarcho-Syndicalism on 22 March. A week before that, he gave a talk on the history of the Irish in building mass trade unions in the UK at the launch of Irish History Month. This Circled A Show includes a recording of the full Rocker talk, and some of the Irish history talk.

You can hear the rest of the Irish history talk in the video.

Irish History Month: Donnacha De Long – The Role of the Irish in the Trade Union and Political Movements in Britain from Jason N. Parkinson/reportdigital on Vimeo.

While the world’s attention has shifted to the Ukraine, Donnacha DeLong talks to a revolutionary in Sarajevo about the recent uprising in Bosnia Herzegovina.

In 2011, the Syrian uprising was celebrated as one of the most amazing examples of the uprisings across North Africa and the Middle East. Thousands taking to the street in one of the most repressive countries in the region was unprecedented.

Since then, many on the left have turned against the opposition, focussing on opportunistic Islamist elements rather than the majority. Worse, some have lauded the Assad regime as a bulwark of anti-imperialism.

In this show, Donnacha DeLong talks to two journalists – Bonnie Newman and Ewa Jasiewicz – who have visited the region in the last year about what’s really going on in Syria.

The track featured in the show:

Members of the Irish Women Workers’ Union on the steps of Liberty Hall, c. 1914.

One hundred years ago this month, Dublin society had been ripped apart by one of the worst industrial disputes of the Great Unrest period. Locked out since August, the striking workers were, by December, starving and on the verge of defeat.

Donnacha DeLong speaks to Gary Granville, author of Dublin 1913 Lockout and Legacy, about the situation in Dublin in 1913 and to Marian Larragy, activist and community journalist, about women’s involvement in the strike.

On 26 October, the New Media Industrial Council of the National Union of Journalists and the Media Reform Coalition held a conference on the internet and the law at Goldsmiths, University of London. Two of the speakers, McLibel legend Dave Morris and journalist David Osler recounted their very different experience of libel law.

To hear more from the conference, check out Donnacha’s Soundcloud playlist.